This past week was a very interesting one, as we had the UK election wrapping up serving a sort of second referendum on getting Brexit done…finally!

Earlier in the week, the Fed decided to leave rates the same due to looming risks coming from the uncertainty surrounding the US/China trade deal. The outcome of this was widespread weakness in the USD through the beginning of the week

Then we moved to the UK election, where the conservative party, under the leadership of Boris Johnson had a decisive victory. This caused the GBP to gain significantly.

Analysis: The price here began the week with sideways price action until the F.O.M.C press conference on Wednesday, where the FED decided to keep rates the same. This caused some weakness in the dollar and drove this pair upward, breaking the upper bound of the range, making a valid push to the upside.

This push up was followed by a relatively mute market, in anticipation of the UK election results, which ended up spiking markets further upward.

Generally, we would consider a push up this much of the average daily range valid, but an exception is made when a macro news event creates the majority of the move. This was also followed by over 65% rejection of the move up the previous day.

As a result, we would be trading this pair with an open bias moving into the final trading week of the year. 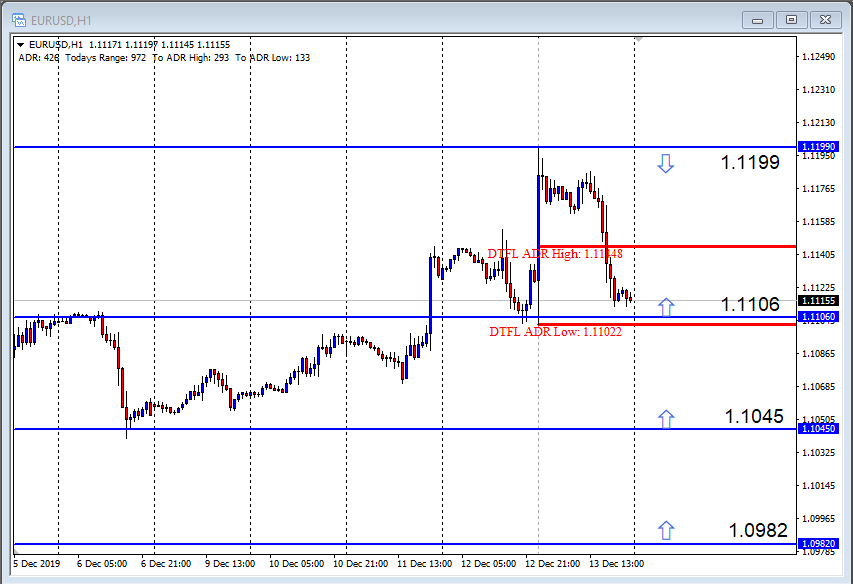 Analysis:  Here, we had the market stall in a range-bound momentum, in anticipation of the Uk elections.

In the aftermath of Boris Johnson Big Conservative party win, the pound shot up against the dollar going into the Asian session

As we discussed in the above pair, a push driven solely by macro data can not be considered a valid push. This is because, more often than not, the market is likely to reverse a large chunk of the move or go into a sideways range for multiple days before continuation.

Therefore, we would like to see this market make a continued push in the same direction to validate a bullish bias. 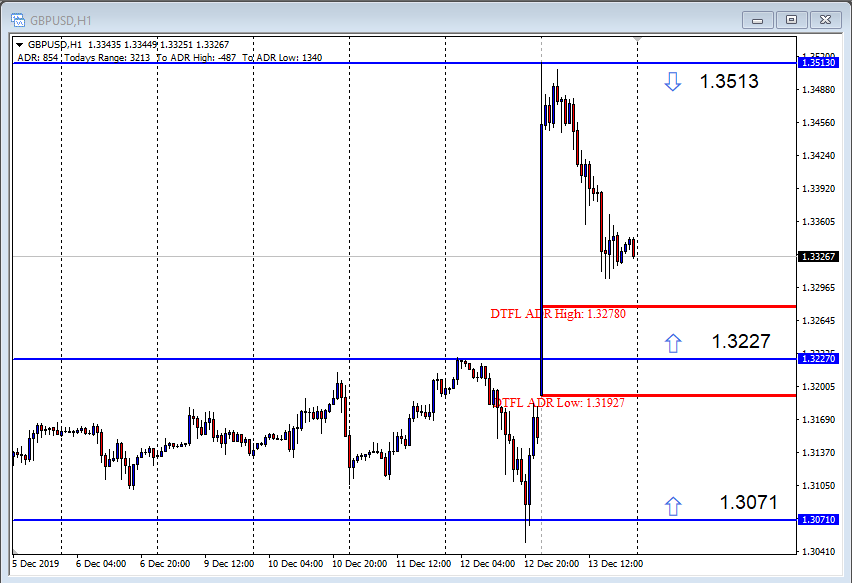 Analysis: We have a similar situation here, as price broke out of the range on the back of the UK election results.

We will be keeping our bias open here also, as the entire push was on the back of the election results. For now, we are trading levels to both sides of the price. 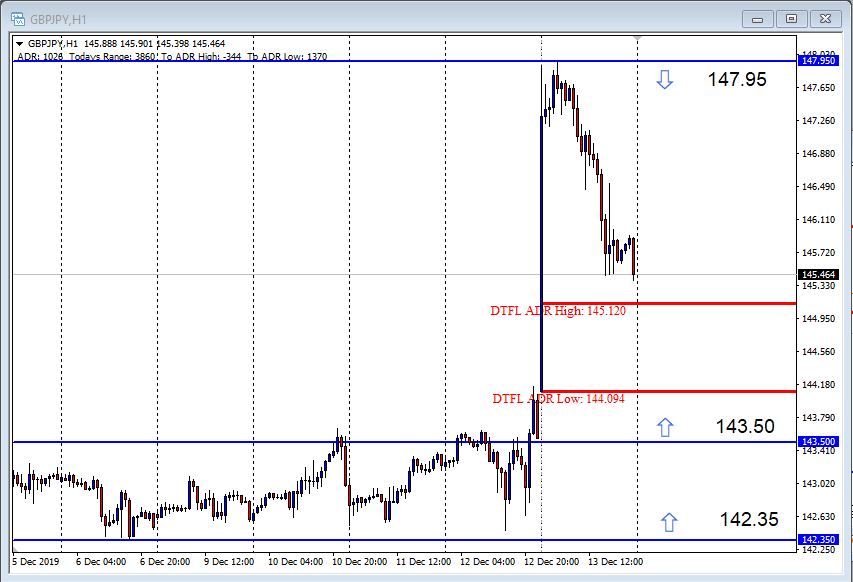 Analysis: This market has stayed range-bound for most of the last two weeks.

As a result, we would be trading an open bias this week, only picking manipulation points at extreme edges of the range. 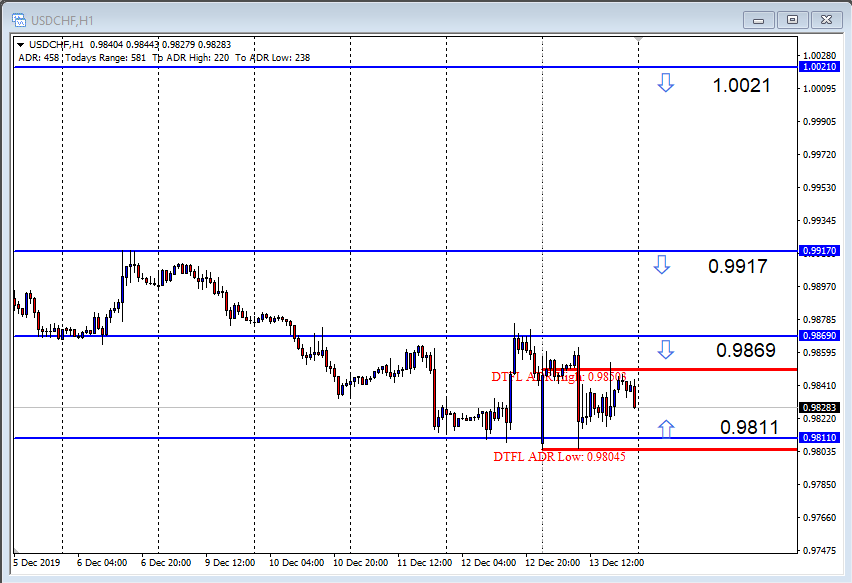 Analysis: Like most USD pairs, the FOMC remarks pulled the price of this pair higher Wednesday, making a push to the upside.

However, unlike some USD pairs, most of the move up was not created by the interest rate release and remarks. So the push up on Wednesday is considered a 1st push to the upside.

However, with the major USD whipsaw that followed the UK election results, we are trading levels to both sides of the price to start the week. 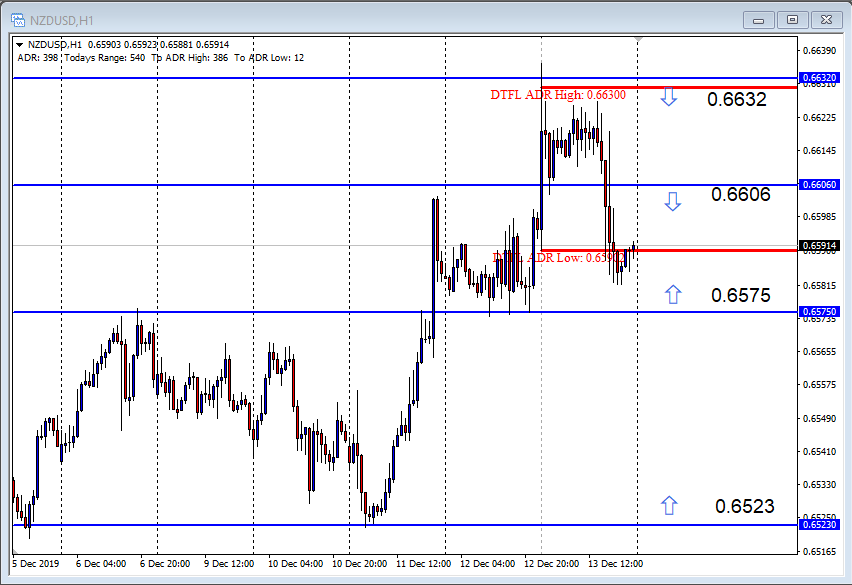 Analysis: Here, we have the market also begin sideways, and then sell-off on Wednesday after the crude inventory numbers released on Wednesday.

This made a valid 1st push to the downside but was followed by two consecutive days of sideways price action.

Based on the DTFL strategy, our bias is reset after we have two consecutive days of sideways price action. So we would be looking to trade levels to both sides of the price on this pair moving into the last trading week of the year. 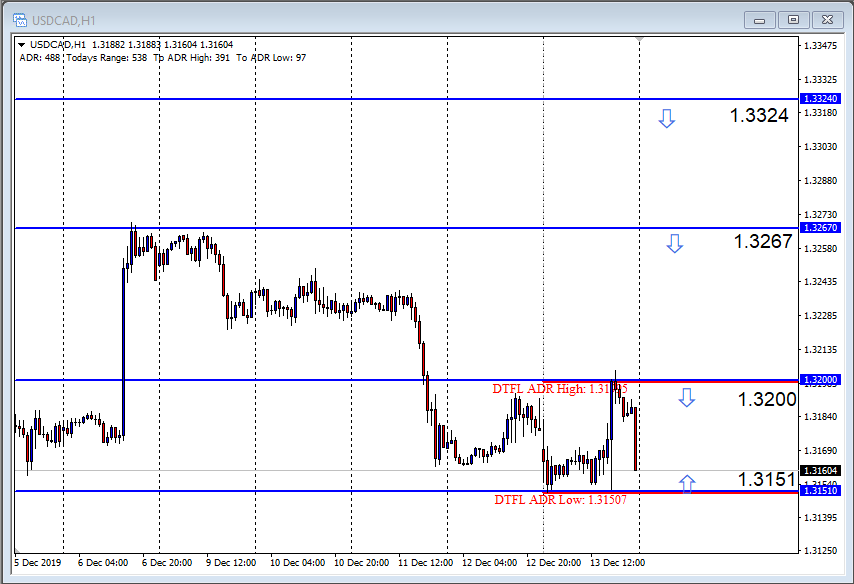 Reminder: At Day Trading Forex Live (DTFL), we have specific entry, exit, and trade management rules that are used for trading these levels. You should not blindly enter the levels without first doing your own research and ensuring you have a trading plan in place.

If you would like to learn more about the bank trading strategy, member’s community, and live training room, you can do so by Clicking Here.