Market fundamentals make a 180-degree switch as the USD started the week off with negative data from ISM manufacturing but ended up with NFP data coming out Friday that was significantly better than expected. This leaves us with the USD rising across some of the majors through the end of last week, and breaking out of some ranges.

Moving into the week of December 9th through the 13th, we will be looking to play this dollar strength across the board. At the same time, we would be aware of the coming rate decisions and monetary committee commentary coming out this week from both the Fed and the ECB.

Analysis: We began last the week with price making the 2nd push to the upside. This was followed by a 3rd push to the upside on Wednesday for a completed cycle. The market continued towards new highs on Thursday going into the Asian session on Friday.

Ultimately, prices broke through the range low after a much better than expected NFP, thus making a 1st push to the downside. To begin the week we will look to trade for the 2nd push down. 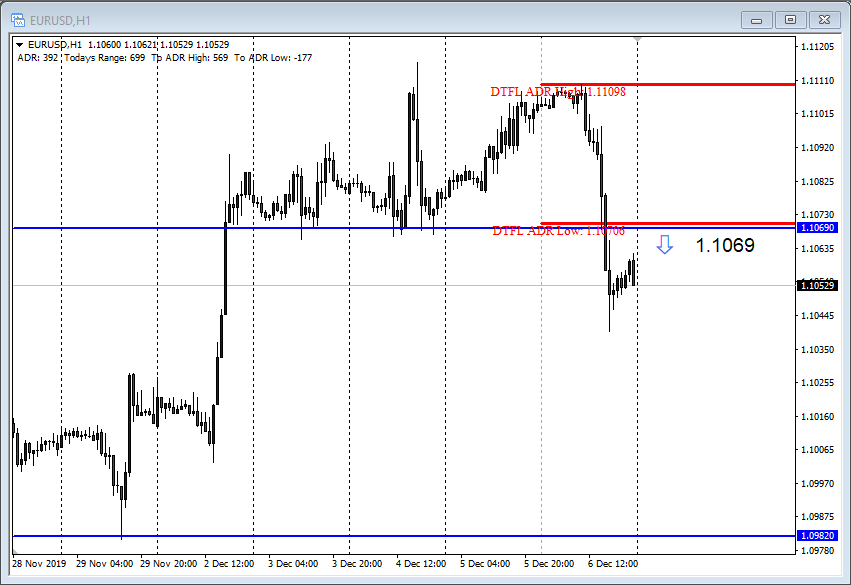 Analysis:  This pair came off the previous week’s range by making the 1st push to the upside on Tuesday, which it followed with a 2nd push up on Wednesday.

After the second push up, the market went sideways for two days which puts up back into an open directional bias. As a result, we would be looking to trade manipulation points to both sides of the price.

Same as last Friday, we would be trading this pair with an open bias, trading levels to both sides of the price.

I prefer this style range as the outside of the range becomes a very likely stop loss location for traders who are both long and short from within the range.

As a general rule of thumb; levels which put a large chunk of the long or short side of the market underwater, tend to be great manipulation points. Why?

When a position goes from green (positive) to red (negative) there is an actual physical response from the human body. Your heart beat will rise as well as your blood pressure, your vision might narrow, rational thought becomes less likely.

It’s because of this that traders often exit at exactly the wrong time, with the market soon returning to their entry point and eventually the target.

If you learn to spot these levels in advance you can not only avoid being caught in the manipulation, but you can profit from it.

Analysis: We ended the last week with two consecutive days of sideways price action. This simplifies the process moving into the start of the week, as we are trading manipulation points to both sides of the price. 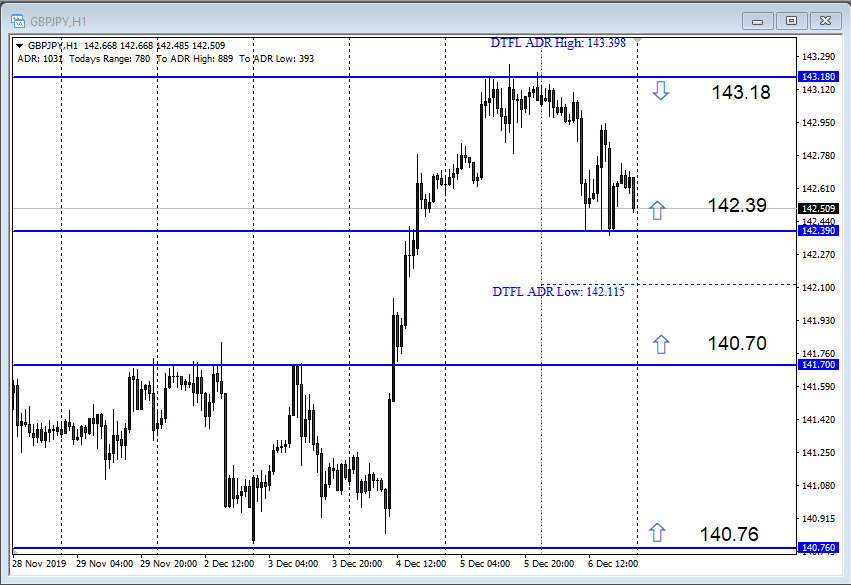 Analysis: A valid 1st push down took place on Tuesday with price breaking out of the previous week’s upward trend. Price nullified this bias with a push up on Wednesday, retracing over 65% of the previous days push down.

At this point, an open bias was set on this pair.

That was followed by a nice push down on Friday, leaving us with a downside bias to start the week ahead. 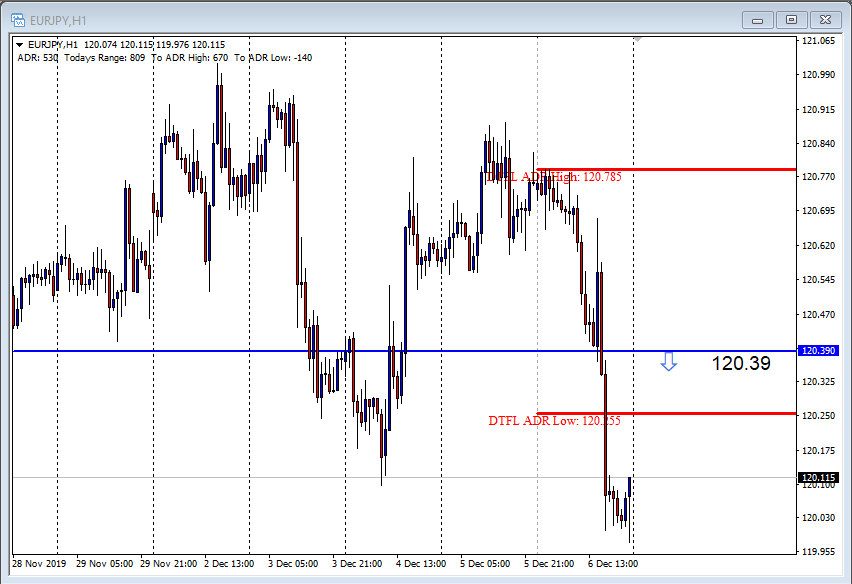 Analysis: We started the past week with two consecutive days of USD sell-off, completing the 2nd push to the downside. This was followed by two days of sideways price action on Wednesday and Thursday, which per the bank trading strategy rules, resets our bias on the pair.

Price then broke out of the range with a valid 1st Push-up, and we will start the week looking for the second. 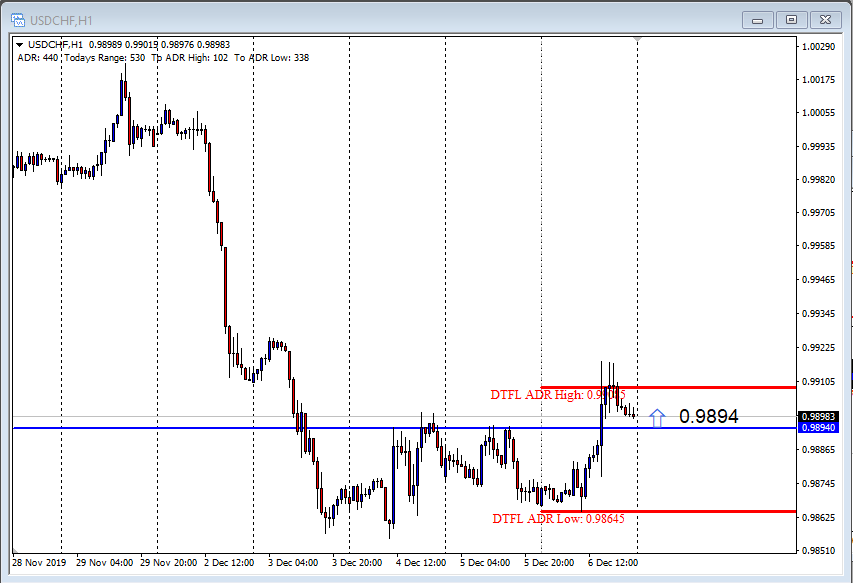 Analysis: This pair began the past week with valid pushes to the downside, with the first two days of the week making the 1st and 2nd push down. However, the downward market cycle was nullified on Wednesday, when price retraced over 65% of the previous days move.

We had a stop run on Thursday, which resulted in a full profit target. With that said, it was not enough to give us a valid first push down as it was well short of the 90% of the ADR requirement.

Friday made a sharp move up, triggered by the NFP release, which was followed by a complete rejection right after.

Because we remain in the previous range we will start the week with an open bias, but I do favor further downside.

Think about what is happening in this type of news. There was a far better than expected number and everyone begin to chase it long. As the price slowly reverses more and more of the long side becomes trapped, thus needing to close which will fuels the downside move even further.

Here is the key point, whether the USD/JPY end up or down on the week, I would expect the market makers to at least run the lows in an effort to stop the last bit of trapped traders out who chased the NFP number long.

As they begin to close their long positions for a loss, they have to SELL it back which where the smart money will gladly step in again before moving prices higher. 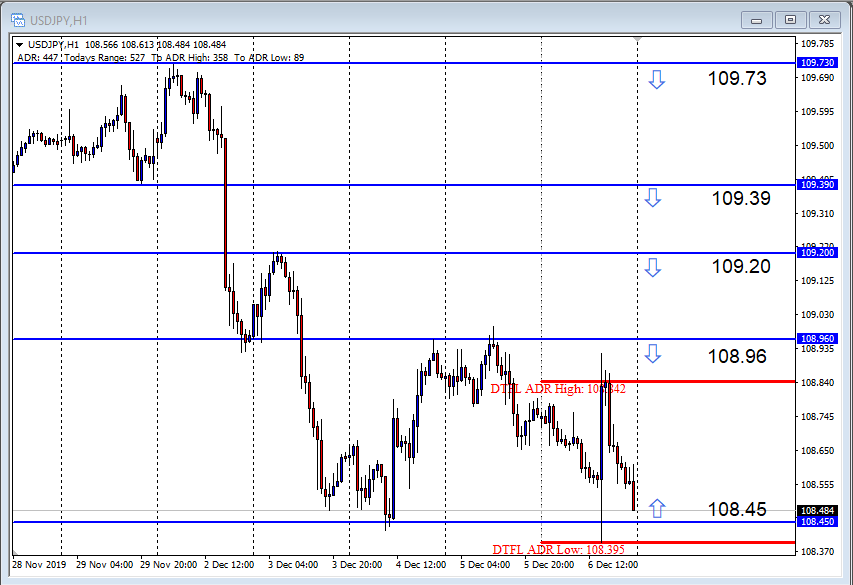 Important Disclaimer: At Day Trading Forex Live (DTFL), we have specific entry, exit, and trade management rules that are used for trading these levels. You should not blindly enter the levels without first doing your own research and ensuring you have a trading plan in place.

If you would like to learn more about the bank trading strategy, member’s community, and live training room, you can do so by Clicking Here.